Update: Marvel’s Wanda Vision has now received a release date. The bad news is that it will no longer be arriving in 2020. The good news, however, is that the Disney Plus-exclusive series will land very early in the new year. Updated release date details in the Marvel section below.

Disney Plus has come a long way since its launch back in November 2019, and its future is only going to get brighter from here.

With an immense line-up of TV shows and movies in the pipeline, from properties such as Marvel, Star Wars and Pixar, Disney Plus has secured its place as the streaming home of original blockbuster entertainment.

We’ve taken the liberty of rounding up everything that’s coming to Disney Plus in 2020 and beyond. Below, you’ll find a list of Disney Plus’s best upcoming TV shows and movies, along with a brief description of each title.

Perhaps the most anticipated series return of the year, The Mandalorian: Season 2 will arrive on Disney Plus on October 30, 2020. Little is known about the upcoming season, other than it will directly follow the events of the first, and will include the live-action debut of The Clone Wars fan-favourite character Ahsoka Tano, who will be played by Rosario Dawson (Sin City). Other rumoured guest stars include Michael Biehn, Temuera Morrison, Katee Sackhoff and Timothy Olyphant. Oh yeah, and expect The Child (aka Baby Yoda) to play a big part once again.

fter years of speculation, Ewan McGregor will once again don the Jedi robes to play Obi Wan Kenobi in a brand new Star Wars series for Disney Plus! Originally set to start shooting in August this year, McGregor has since confirmed that filming for the upcoming Obi Wan Kenobi series has been pushed back until at least January 2021. According to the actor, the series’ release date probably won’t be affected by the delay.

Appreciation for Rogue One: A Star Wars Story has grown by leaps and bounds in the years since its release, which is why the prospect of a prequel series following rebellion spy Cassian Andor (Diego Luna) and his smart aleck droid K-2S0 (Alan Tudyk) is so exciting. Stephen Schiff (The Americans) will act as showrunner and executive producer, indicating a darker Star Wars show with more of an espionage theme – Andor’s character did shoot someone in the back in his introductory scene, after all…

Essentially a Star Wars-themed game show for kids, Star Wars: Jedi Temple Challenge will see prospective Padawans take on a series of tests in the “Jedi principles of strength, knowledge, and bravery.” Best known for playing Jar Jar Binks, actor Ahmed Best will host the show, which was announced to arrive on Disney Plus sometime in 2020.

Willow, the classic ’80s fantasy flick from producer George Lucas and director Ron Howard, is getting a TV series sequel that will be available exclusively on Disney Plus. Original star Warwick Davis will return as Willow Ufgood, along with Ron Howard, who will executive produce, while John M. Chu (Crazy Rich Asians) has been tapped to direct the pilot.

Scheduled to be the first live-action MCU series to hit Disney Plus, WandaVision looks set to be one of Marvel Studios’ stranger offerings (even more so than Doctor Strange). Styled like a classic sitcom in the vein of I Love Lucy, the first trailer for WandaVision seems to imply that the two Avengers are trapped in an alternate reality.

A documentary series that explores how the Marvel Universe has impacted our lives from a historical, cultural and societal standpoint, Marvel 616 will see a diverse group of filmmakers tell eight unique stories about what Marvel means to them. The series will land on Disney Plus on November 20.

The Falcon and the Winter Soldier (TV Series – release date: 2021)

Anthony Mackie (Falcon) and Sebastian Stan (Winter Soldier) will reprise their roles at least once again for The Falcon and the Winter Soldier, a six-part miniseries which will presumably deal with Falcon taking on the mantle of Captain America. Daniel Brühl and Emily VanCamp are also set to return as Zemo and Sharon Carter, respectively.

Reportedly following the god of mischief as he influences various events throughout Earth’s history, Loki will be another six-part miniseries that should hit Disney Plus sometime in 2021. Tom Hiddleston will of course return as the titular character, and will be joined by the likes of Richard E. Grant, Gugu Mbatha-Raw and Owen Wilson.

A recent report placed Tatiana Maslany (Orphan Black) in the lead role of Jennifer Walters, better known as She-Hulk, however, Maslany has since debunked the news, meaning the series could still be a while off. Still, we can’t wait to see what Marvel Studios does with the character.

Jeremy Renner will return as Clint Barton aka Hawkeye, however, the show will reportedly focus more on fan-favourite character Kate Bishop, who takes on the mantle of Hawkeye after Barton retires. Bishop will be played by Hailee Steinfeld (Bumblebee, True Grit) in the series.Ms. Marvel (TV Series – release date: 2021-2022)

Having just made a big impression in the recent Marvel’s Avengers video game, Ms. Marvel is set to get her own series on Disney Plus in the not-too-distant future. Newcomer Iman Villani has been cast in the lead role of Kamala Khan, while Bisha K. Ali (Sex Education) will act as showrunner.

An upcoming animated anthology series that deals with hypothetical situations, Marvel’s What If…? will explore what would happen if some of the MCU’s biggest moments had played out differently – perhaps due to some unforeseen circumstances. Hosted by Jeffrey Wright (Westworld), the series already boasts a massively impressive voice cast filled with stars from the MCU, including Chris Hemsworth, Tom Hiddleston, Josh Brolin, Mark Ruffalo, Sebastian Stan, Paul Rudd, Natalie Portman and even the late Chadwick Boseman in his final performance as Black Panther.

Announced at Disney’s D23 Expo back in 2019, Moon Knight will surely be one of the wildest characters to join the MCU so far. The comic follows Marc Spector, a former US Marine and CIA spook turned mercenary who stumbles upon an an idol of the Egyptian moon god Khonshu and is granted moon-based powers. Oh yeah, and he also has multiple personalities.

Originally set for theatrical release back in June, the ongoing Covid-19 situation means that Disney and Pixar’s Soul will now launch exclusively on Disney Plus on Christmas Day – not a bad holiday gift if you ask us! Soul follows a jazz musician named Joe (Jamie Foxx) who takes one wrong step and ends up in The Great Before, a place where new souls develop their personalities and interests before being born on Earth. With the help of a young soul named 22 (Tina Fey), Joe will do everything he can to get back to his home.

A follow-up to the original Monsters Inc., Disney and Pixar’s upcoming series Monsters at Work will pick up six months after the events of the first film, with new monster Tylor Tuskmon (Ben Feldman) working at a new and improved power plant, which now harnesses energy from children’s laughter instead of their screams. Billy Crystal and John Goodman are set to return as Mike and Sully, respectively.

An upcoming comedy starring Isla Fisher (Wedding Crashers), Godmothered follows a young and inexperienced fairy godmother who “ventures out on her own to prove her worth by tracking down a young girl whose request for help was ignored.” Godmothered is in post-production and is directed by Sharon Maguire (Bridget Jones’s Diary).

An adaptation of the beloved children by author Kate DiCamillo and illustrator K.G. Campbell, Flora & Ulysses follows Flora Belle Buckman, a girl who befriends a squirrel with superpowers following her parents’ divorce.

An upcoming sports drama that’s based on a true story, Safety tells the story of Ray McElrathbey, a young man who defies a number of hardships, including a drug-addicted mother, to play football at Clemson University via scholarship– all while raising his 11-year-old brother on campus.

In this 10-episode series from David E. Kelley (Ally McBeal, The Practice) and Dean Lorey (Harley Quinn), John Stamos (Full House) plays a temperamental college basketball coach who gets fired and takes on a job coaching at an elite private high school for girls.

If ever we needed a dose of Jeff Goldblum’s endless positivity, it’s now. Thankfully, a second season of The World According to Jeff Goldblum, the show in which a curious Goldblum learns about topics which fascinate him, is in the works, though we don’t know when it will arrive.

Here’s one for the movie buffs out there:  Cinema Relics: Iconic Art of the Movies is an anthology series which offers a look at the props and costumes from classic Disney films, including Mary Poppins, Pirates of the Caribbean and more.

An upcoming reality series in which each episode sees a specialized expert attempt to bring together a family that’s drifted apart for one reason or another by making them confront their issues head-on.

In this upcoming documentary series from the makers of Chef’s Table, Amanda Knox and Five Came Back, we will follow a number conservationists and the animals they study.

An original documentary series for Disney Plus, Ink & Paint will delve into the history of women’s roles in Disney animation over eight episodes, highlighting the work of women in films such as Snow White and the Seven Dwarfs and Coco.

The first of two Disney Plus shows from the creators of The Amazing Race, The Quest is a revival of ABC’s 2014 series of the same name, in which teenage contestants enter into an unfolding drama in a fantasy setting called Everealm.

The Maze (TV Series – release date: TBA) The second Disney Plus series from the makers of The Amazing Race is once again competitive, only this time, contestants will have to solve Escape Room-style puzzles and clues throughout a number of European cities 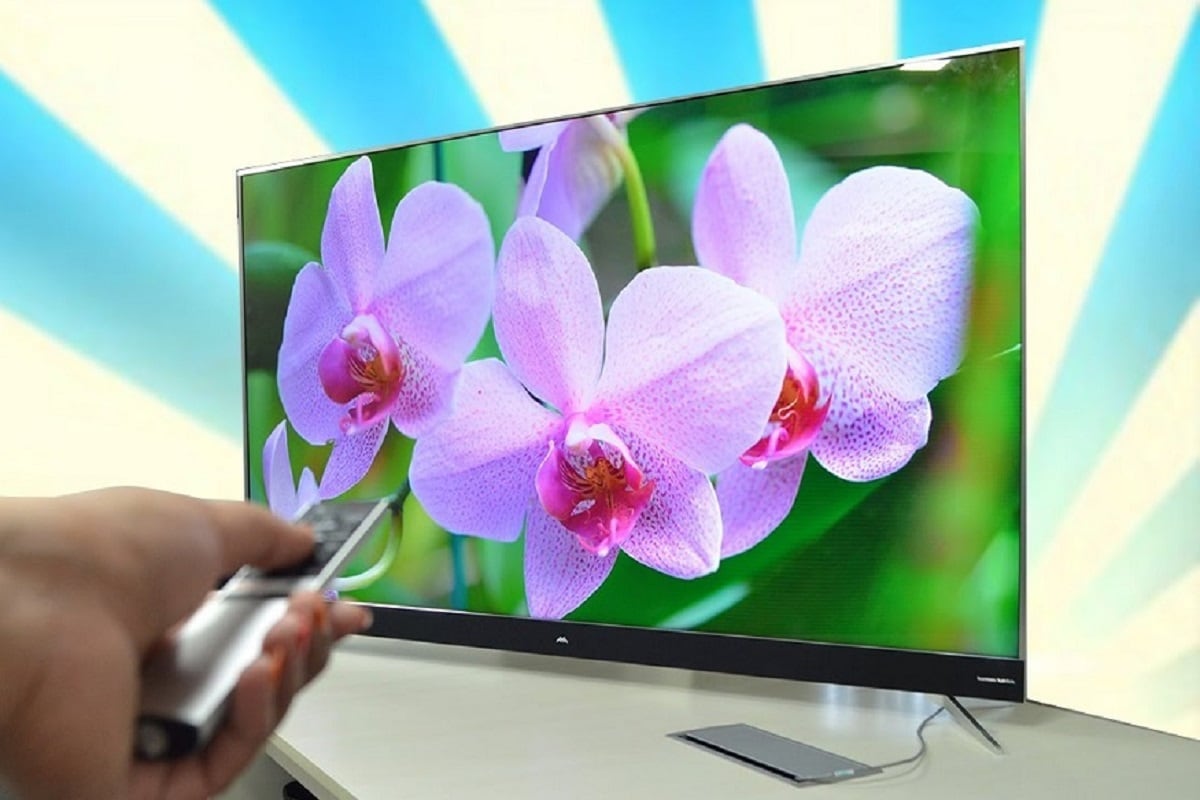